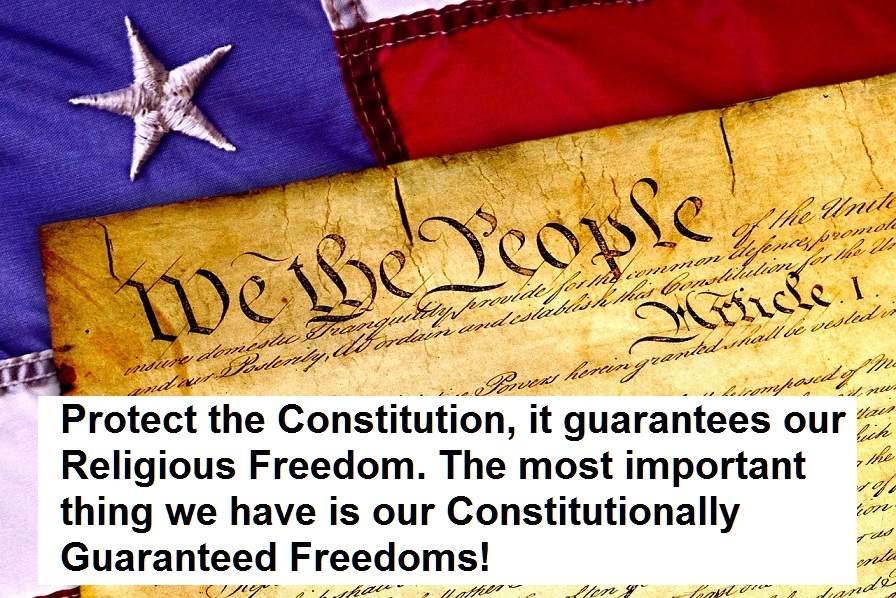 What does it say about . . RELIGIOUS FREEDOM!

Congress shall make no law respecting an establishment of religion, or prohibiting the free exercise thereof; or abridging the freedom of speech, or of the press; or the right of the people peaceably to assemble, and to petition the Government for a redress of grievances.

COMMENT: This is the part of the Constitution which gives legality to all free expression of religion, including Ordination by Mail.

COMMENT: This provision basically reinforced that States may not interfere with our Constitutionally protected freedoms, including our free expression of religion.

5. The Congress shall have power to enforce, by appropriate legislation, the provisions of this article.

Ordination by Mail Ministry vs United States of America

In 1974 a ministry which ordained people in a simple manner by mail, and by other means, sued the United States Government. The suit was over taxes. However, when the Federal Judge ruled in the ministry's favor on taxes he also ruled on the legality of receiving ordination in a simple manner.

"The Court must then address itself to the defendant's second conclusion: that the ordination of ministers, the granting of church charters, and the issuance of Honorary Doctor of Divinity certificates by plaintiff are substantial activities which do not further any religious purpose. Certainly the ordination of ministers and the chartering of churches are accepted activities of religious organizations. The defendant impliedly admits that same on Page 5 of its Memorandum in Support of its Requested Instructions. The fact that the plaintiff distributed ministers credentials and Honorary Doctor of Divinity certificates is of no moment. Such activity may be analogized to mass conversions at a typical revival or religious crusade. Neither this Court, nor any branch of this Government, will consider the merits or fallacies of a religion. Nor will the Court compare the beliefs, dogmas, and practices of a newly organized religion with those of an older, more established religion. Nor will the Court praise or condemn a religion, however excellent or fanatical or preposterous it may seem. Were the Court to do so, it would impinge upon the guarantees of the First Amendment."

COMMENT: As a result of this Federal Judge's ruling, ministries started by mail ordained clergy have been flourishing throughout the United States, and in many other countries throughout the world.

Note: World Christianship Ministries does not ordain right on our websites. Applications must be mailed in, Faxed in, Called in or sent to us as a PDF or JPEG attachment to our E-Mail address. While almost all applications are approved, occassionaly we must disapprove an application. This sets us apart from the online ordination sites which ordain anyone who fills out their online form, and has no type of personal contact with you.

In order to help you with the legitimacy of your ordination, World Christianship Ministries was granted two Federal Trademarks, one for the ordaining of ministers and assisting you in starting your new ministry, and the other for the materials that we produce that provide help and guidance for you as you begin your independent ministry.  Information in brief from the Federal Trademark web page is printed below. Our name, World Christianship Ministries has been in continual use for over 37+ years.